In recent years vaping has become a favorite way of experiencing cannabis. The benefits of vaping cannabis have made people to convert to this style of consuming weed. Keep in mind that all of these points (mentioned below) are based on the benefits of using quality, lab-tested oil from a licensed dispensary.

Vape pens work by heating up vape oil or THC oil just enough to turn it into vapor. There is no combustion (the process of burning something) so the device will never produce smoke like other methods of cannabis consumption. Once you inhale the vapor, the THC is absorbed into the blood while you exhale the rest.

1. Vaping can reduce inhalation of carcinogens

Carcinogens are cancer-causing toxins like ammonia and tar that stick into the lungs when inhaling cigarette. Vaping cannabis may significantly reduce the chance of inhaling carcinogens. The 2007 study compared test subjects who smoked cannabis against those who vaped it. They found that blood levels of harmful carbon monoxide were significantly lower in those who vaped. A 2010 study found that former cannabis smokers felt improvement in breathing after just one month switching to a vape.

Since vape pens don’t require combustion to get things going, you won’t experience that familiar scent associated with cannabis. While the terpenes (compounds in cannabis that give off a strong odor) can enhance the smoking experience, consumers often want to be discreet. Vape pen odor is minimal and will disappear in minutes. 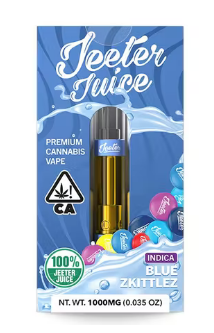 Smoking cannabis is not only becoming high, the taste should also be good. The terpenes not only smell good, but they taste great too. When smoking cannabis via combustion, the temperature can get so high that it destroys the terpenes. Since vapor is produced at a lower heat level than smoke, the terpenes can stay intact, adding a burst of flavor to your inhale.

4. The ability to take smaller puffs

This may not appeal to the seasoned cannabis consumers, but new users may certainly benefit from taking smaller puffs. Sometimes, that inhale is just too much, too soon for those new to smoking. A modern vape pen will typically offer different settings so you can control how much you get with each inhale.

5. Vaping can save you money

Buying a designer vape pen can be an investment, but it’s seriously worth it. Smoking cannabis can be extremely wasteful as you’re often burning off more than you realize. Vaping can actually save you money because the vapor is only produced when you draw on your pen. The days of burning through your cannabis and cash are over.