You might be thinking…how can a plant with notorious reputation of giving people the munchies also promote weight loss? A good percentage of elite athletes insist cannabis actually helps them stick to their diet and exercise regimens and keeps them trim. Some even swear cannabis has helped them shed pounds.

Scientists are still on research. Although the science on cannabis and weight loss is still emerging, some research suggests cannabis might play a small role.

The Science behind Cannabis and Weight Loss

There is scientific proof that THC, the intoxicating cannabinoid in weed, indeed stimulates appetite in many people. Tetrahydrocannabinol (THC) and Tetrahydrocannabivarin (THCV) are two cannabinoids that play significant roles in our appetite and metabolism while under the influence of cannabis. THC stimulates your appetite and is responsible for the munchies, while THCV acts as an appetite suppressant. While THC is an intoxicating compound in cannabis, THCV can be consumed without the intoxicating effects commonly associated with psychoactive compounds. THCV antagonizes, or decreases, the activity of the CB1 receptor in relatively small doses while activating it at higher doses. Evidence suggests that cannabis users are less likely to be overweight or obese. Researchers hypothesize that decreasing CB1 receptor activation leads to healthier weight. 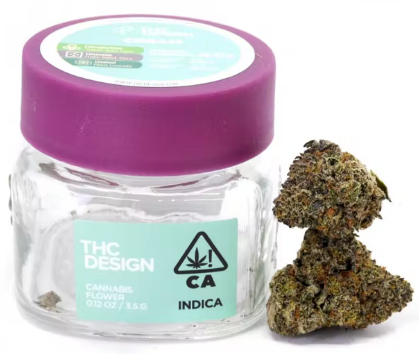 If you are looking to eat less and suppress your appetite, then THCV is cannabinoid you’re looking for. A study published in the Journal of Cannabis Research examined THCV on appetite in rodents and found that the cannabinoid decreased appetite, increased satiety and up-regulated energy metabolism. THCV has gained fame for its rarity and suggested health benefits.

In 2018, Thomas Clark and his colleagues published a paper that, based on data from 17 large-scale studies, lays out a plausible explanation for the lower BMI and obesity rates among cannabis users.

Clark breaks down their theory like this: THC initially stimulates the CB1 receptor, which increases appetite short-term—but this effect doesn’t last. Over a 24-hour period, he says the receptor becomes less active, likely leading people to consume fewer calories overall. Meanwhile, evidence suggests THC ramps up metabolism over time. So, based on this theory, even if you indulged the munchies after smoking a bowl, your increased metabolic rate would counteract the effect by burning through those calories quicker than if you weren’t a pot smoker.

You wouldn’t need to smoke a ton of weed to reap these benefits, either. Clark insists even once a week may be enough to keep the CB1 receptors running on low and metabolism revved.