Have you ever tried the coolest trend now in the cannabis industry? Cannabis-Infused Beverages! So you are waiting for great Cola companies to come up with their cannabis cola so that you can enjoy a little cannabis in your drinks!

Here are four cannabis-infused beverages you can easily make at home yourself. (We take into consideration that you reside in a legal state) 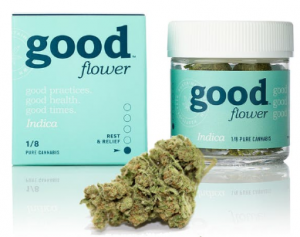 Starting with a simple drink, cannabis milk. Simply put a steel bowl inside a pot of boiling water, also known as a double boiler, then add milk and cannabis to the steel bowl. Boil the mixture for 15 minutes, then lower the temperature and let it simmer for a few hours. Then simply strain it, and you have cannabis milk! The best part is now you can use this milk to create cannabis milkshakes, cannabis coffee, hot chocolate, basically any other beverage that uses milk.

A refreshing glass of lemonade is what you need on a hot summer afternoon. It becomes more refreshing if that drink has cannabis in it. Essentially you just need to have cannabis syrup. Simply add your cannabis syrup to your normal lemonade mixture, either just in a glass or in the whole pitcher and now you’ve got cannabis lemonade!

Boil 4 cups of water in a medium-sized pot. Once it’s boiling, add the tablespoon of butter or coconut oil and allow it to completely dissolve.

Add your gram of ground cannabis into the boiling pot, and turn the temperature down to a simmer.

Allow this mixture to simmer for fifteen minutes.

Now it’s time to strain out the little bits of cannabis. There’s too much water to strain straight into your mug (unless it’s enormous), so grab a bowl or ideally an empty teapot. If you’re using cheesecloth, secure it around the top of the teapot or bowl with a rubber-band or string. Carefully and slowly pour the boiling mixture through the cheesecloth and into your chosen vessel.

Add your teabag into the teapot, along with any desired extras like mint, lemon, honey, or a cinnamon stick and stir well. Remove the teabag, stir well to incorporate the infused butter throughout, and pour yourself a cup.

5 Benefits and Uses of CBD Oil